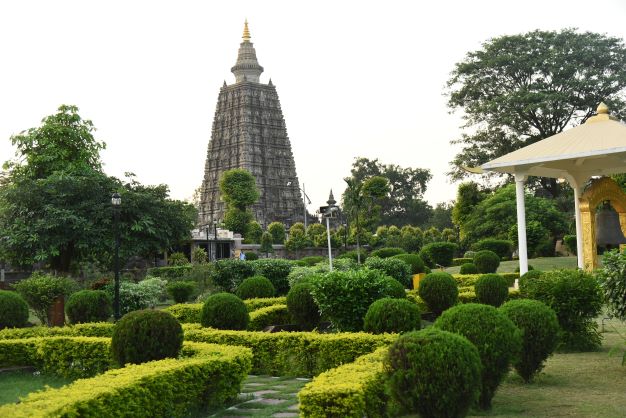 Bodh Gaya is a religious site and place of pilgrimage associated with the Mahabodhi Temple Complex in Gaya district in the Indian state of Bihar. It is famous as it is the place where Gautama Buddha is said to have attained Enlightenment (Pali: bodhi) under what became known as the Bodhi Tree. Since antiquity, Bodh Gaya has remained the object of pilgrimage and veneration both for Hindus and Buddhists. In particular, archaeological finds including sculptures show that the site was in use by Buddhists since the Mauryan period.

Bodh Gaya is considered to be the holiest site in Buddhism. Known as Uruwela in the Buddha’s time, it is situated by the bank of Niranjan River. The first temple at the site was built by King Ashoka.

Traditionally, Buddha was born in 563 BC on the following auspicious Baisakhi purnima. As Siddhartha, he renounced his family at the age of 29 in 534 BC, and travelled and meditated in search of truth. After practicing self-mortification for six years at Urubela (Buddhagaya) in Gaya, he gave up that practice because it did not give him Vimukthi. Then he discovered Noble Eight-fold path without help from anyone and practiced it, then he attained Buddhatva or enlightenment. Enlightenment is a state of being completely free from lust (raga), hatred (dosa) and delusion (moha). By gaining enlightenment, you enter Nirvana, in which the final stage is Parinirvana.

At this place, the Buddha was abandoned by the five men who had been his companions of earlier austerities. All they saw was an ordinary man; they mocked his well-nourished appearance. “Here comes the mendicant Gautama,” they said, “who has turned away from asceticism. He is certainly not worth our respect.” When they reminded him of his former vows, the Buddha replied, “Austerities only confuse the mind. In the exhaustion and mental stupor to which they lead, one can no longer understand the ordinary things of life, still less the truth that lies beyond the senses. I have given up extremes of either luxury or asceticism. I have discovered the Middle Way.” This is the path which is neither easy (a rich prince) nor hard (living in austere conditions practicing self-denial). Hearing this, the five ascetics became the Buddha’s first disciples in Deer Park, Sarnath, 13 kms north east of Benares.

The disciples of Gautama Siddhartha began to visit the place during the full moon in the month of Vaisakh (April–May), as per the Hindu calendar. Over time, the place became known as Bodh Gaya, the day of enlightenment as Buddha Purnima, and the tree as the Bodhi Tree.

The history of Bodh Gaya is documented by many inscriptions and pilgrimage accounts. Foremost among these are the accounts of the Chinese pilgrims Faxian in the 5th century and Xuanzang in the 7th century. The area was at the heart of a Buddhist civilization for centuries, until it was conquered by Turkic armies in the 13th century. The place-name, Bodh Gaya, did not come into use until the 18th century CE. Historically, it was known as Uruvela, Sambodhi (

Saṃ+bodhi, “Complete Enlightenment” in Ashoka’s Major Rock Edict No.8), Vajrasana (the “Diamond Throne” of the Buddha) or Mahabodhi (“Great Enlightenment”). The main monastery of Bodh Gaya used to be called the Bodhimanda-vihāra (Pali). Now it is called the Mahabodhi Temple.

During the period from the 11th to 13th centuries, Bodh Gaya was under the control of local chieftains known as the Pithipatis of Bodh Gaya who were responsible for the management of the region. One of their rulers, Acarya Buddhasena, was noted as making a grant to Sri Lankan monks near the Mahabodhi temple.

How to Reach: Bodhgaya is 14 Km away from Gaya Railway Junction. Gaya is connected by direct rail link to cities like Delhi, Kolkata, Mumbai and Patna. Gaya has an International airport linking with all countries. The Bihar State Bus are also available for many cities. 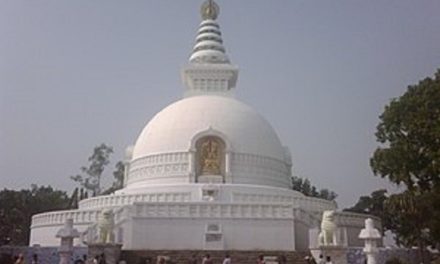 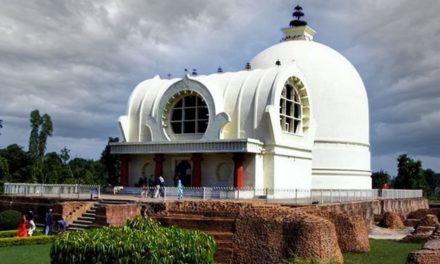 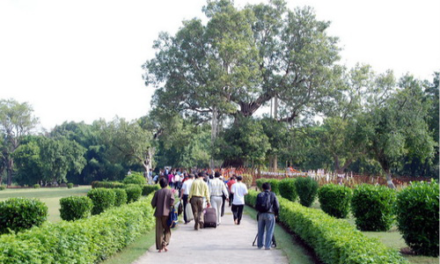 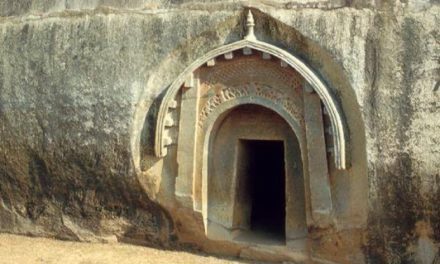